The renovation will, above all, improve the environmental conditions for exhibited objects, as well as increase the total area of exhibition space. The renovation work is being conducted by Sweden´s National Property Board, in close collaboration with Uppsala University. The work is estimated to be completed until autumn 2023.

Gustavianum is itself a unique building of a major historical significance that must be treated with great care. The building including the Anatomical Theatre, will not be altered. The careful renovation will instead focus on improving the existing building's ability to function as a museum, where the collections can be better preserved for the future. When the doors re-open, the visitors will experience a unique university museum of world class. 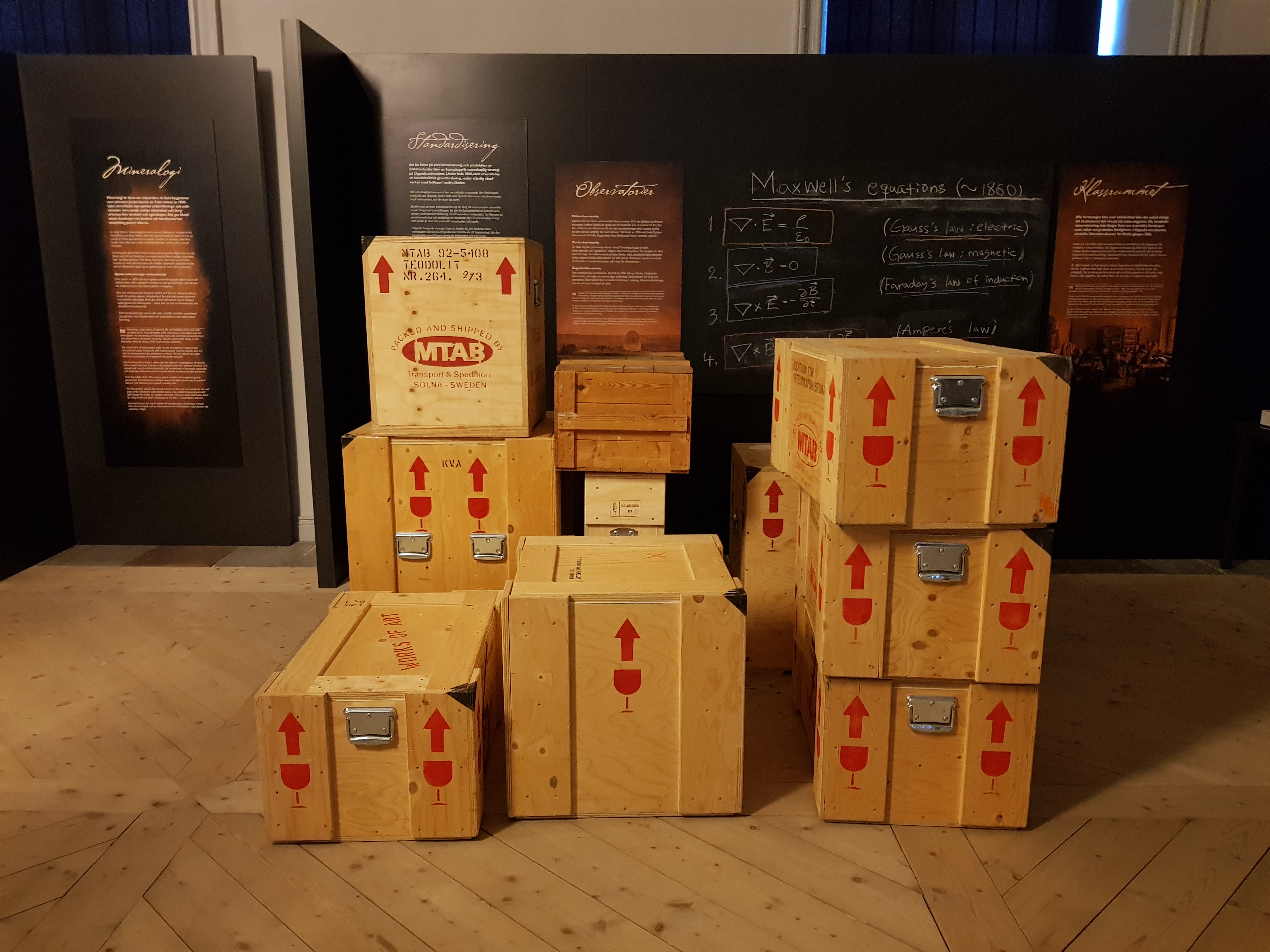 One room at a time

Hi, Emma Hocker, Senior Conservator at Gustavianum and responsible for the museum´s evacuation.

How do you pack an entire museum?
This may seem like a huge, insurmountable task, but it really wasn´t. Since the displays were arranged thematically, it was logical to pack and transport room by room, according to each collection, with relevant curator present to help manage the process. We also had help from a number of student interns. Based on previous experience of packing and moving objects, we knew that it was better to have a smaller number of knowledgeable people packing rather than a large number of volunteers. Before we began, as a conservator, I arranged a couple of training sessions on how to pack objects safely, what packing materials to use and why. For instance, there is less risk of damage to an object if it is placed in a little “nest” of packing material, rather than wrapping it in layers of paper.

We employed an art handling company to help with heavy lifting and packing of the larger, more complicated objects and we also took the opportunity to photograph many of the larger objects from the Egyptian and Mediterranean collections before they went into storage. 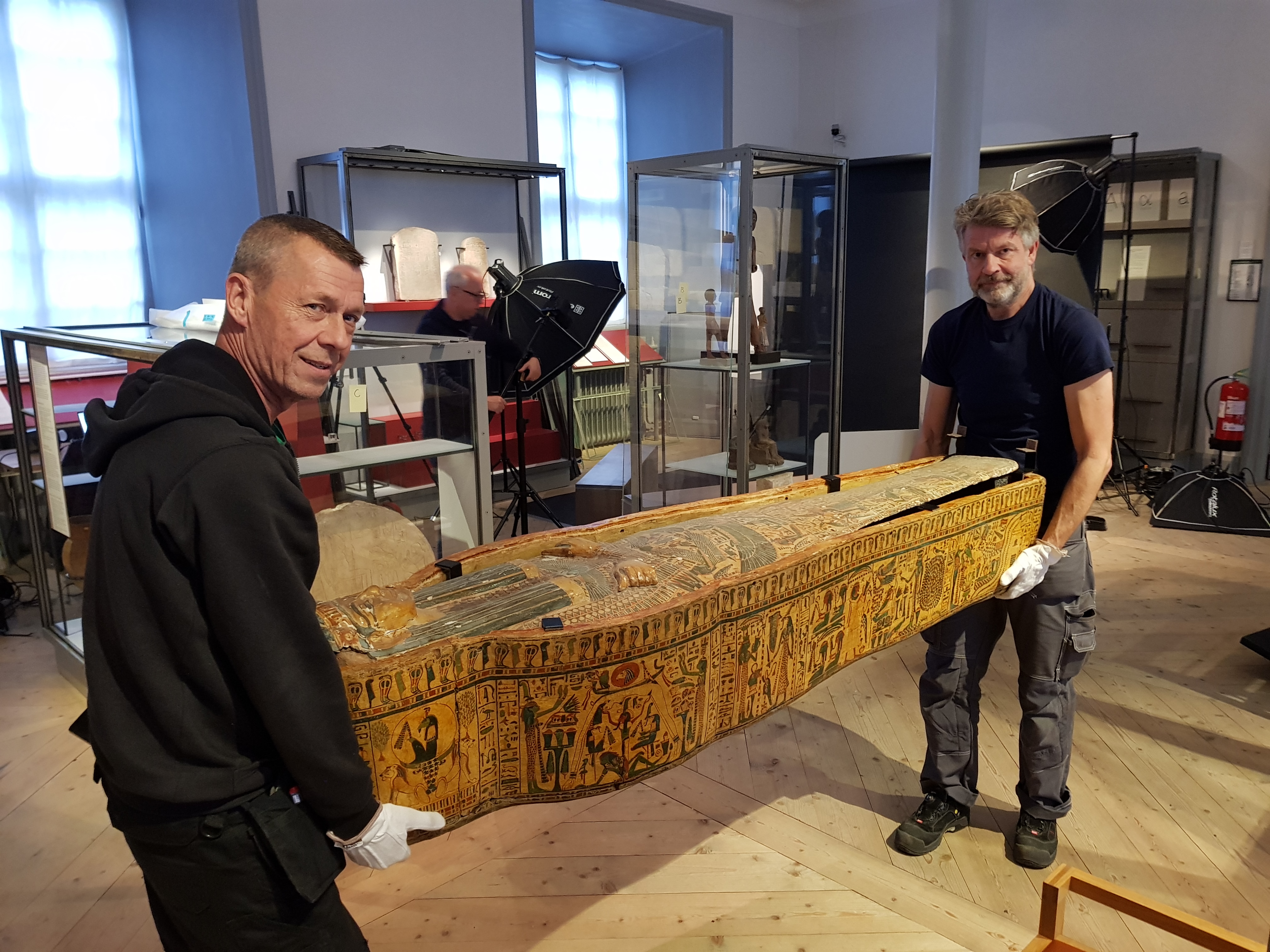 How many objects have you packed?
Oh what a difficult question! I know I counted over a 1000 objects from the Egyptian and Mediterranean collections before we began, but then I trusted my curator colleagues to know their collections better. One of the complications is that some objects are composed of a number of parts, especially those from the history of science collections, so that a set of scales with accompanying weights may be counted as a single, or multiple, items. The curator knows best how such objects have been catalogued, so can give a more accurate count of numbers. However, I would estimate that we packed and transported more than 2000 objects, maybe 2500, depending on how you count!

Which object was the most difficult to pack?
Probably the main body of the Art Cabinet, as there are a number of carved and projecting pieces which had to be carefully protected with acid-free foam before being encased in a specially built transport crate. 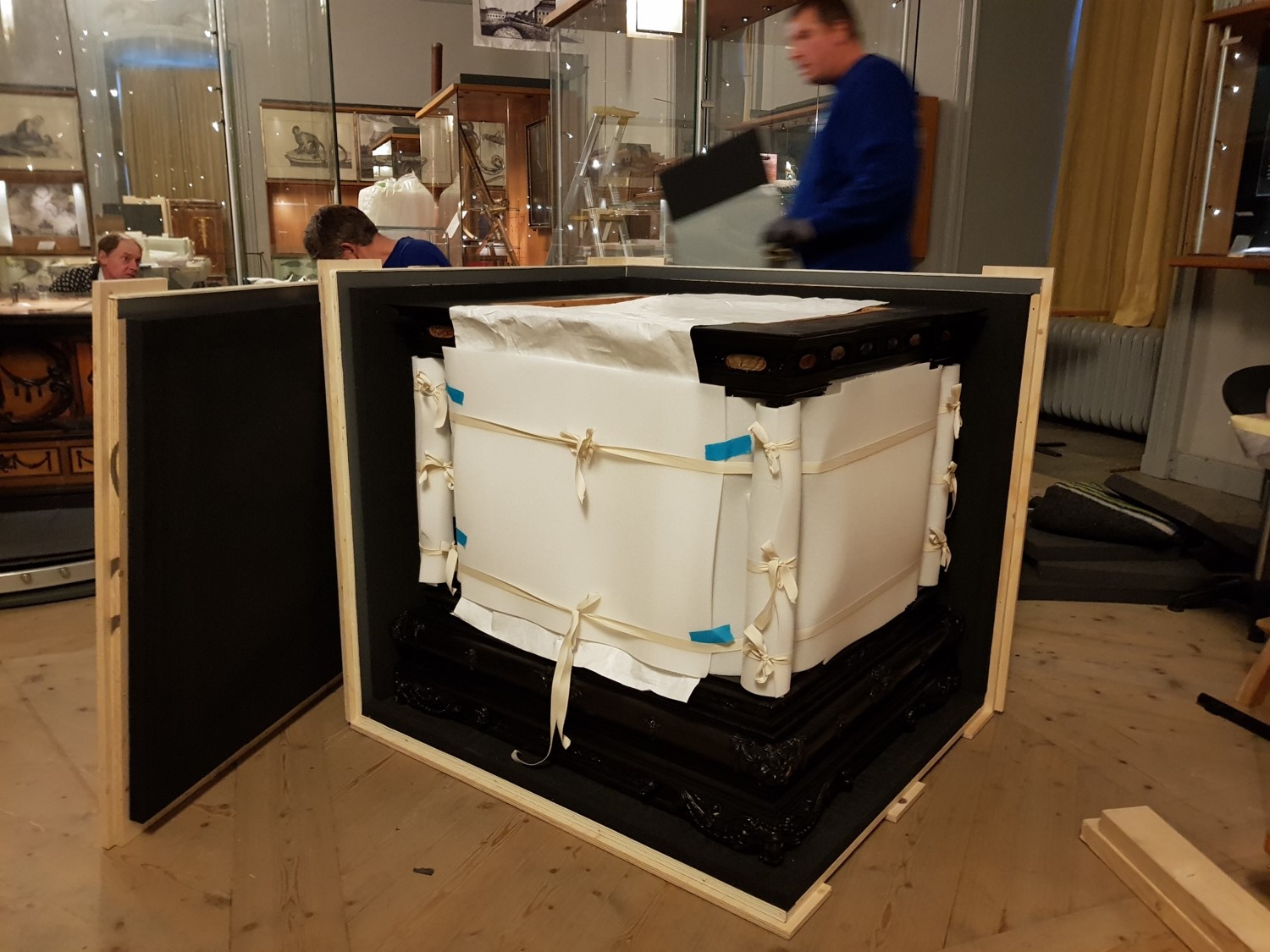 Gustavianum´s renovation process began in autumn 2019 with the packaging of all previously exhibited objects. A time-consuming process that required great care and caution as in many of the cases the objects were very fragile. The University Museum has been helped by several talented students who have done an internship in the museum. One of these are Cajsa Olausson.

What have you learned? It's difficult to mention everything I've learned since it's so much! I have mainly studied the Nubian collection, which consists of vases, leather objects and bones, and I have learned to handle and digitize this material. I have gained an insight into how the work at a museum works and what a future profession in the museum world would look like.

What has been the most fun? The most fun has been to be a part of the unpacking of the exhibition Medelhavet and Nildalen. It was very fun to handle and study objects up close and I now know what a mummy smells like! 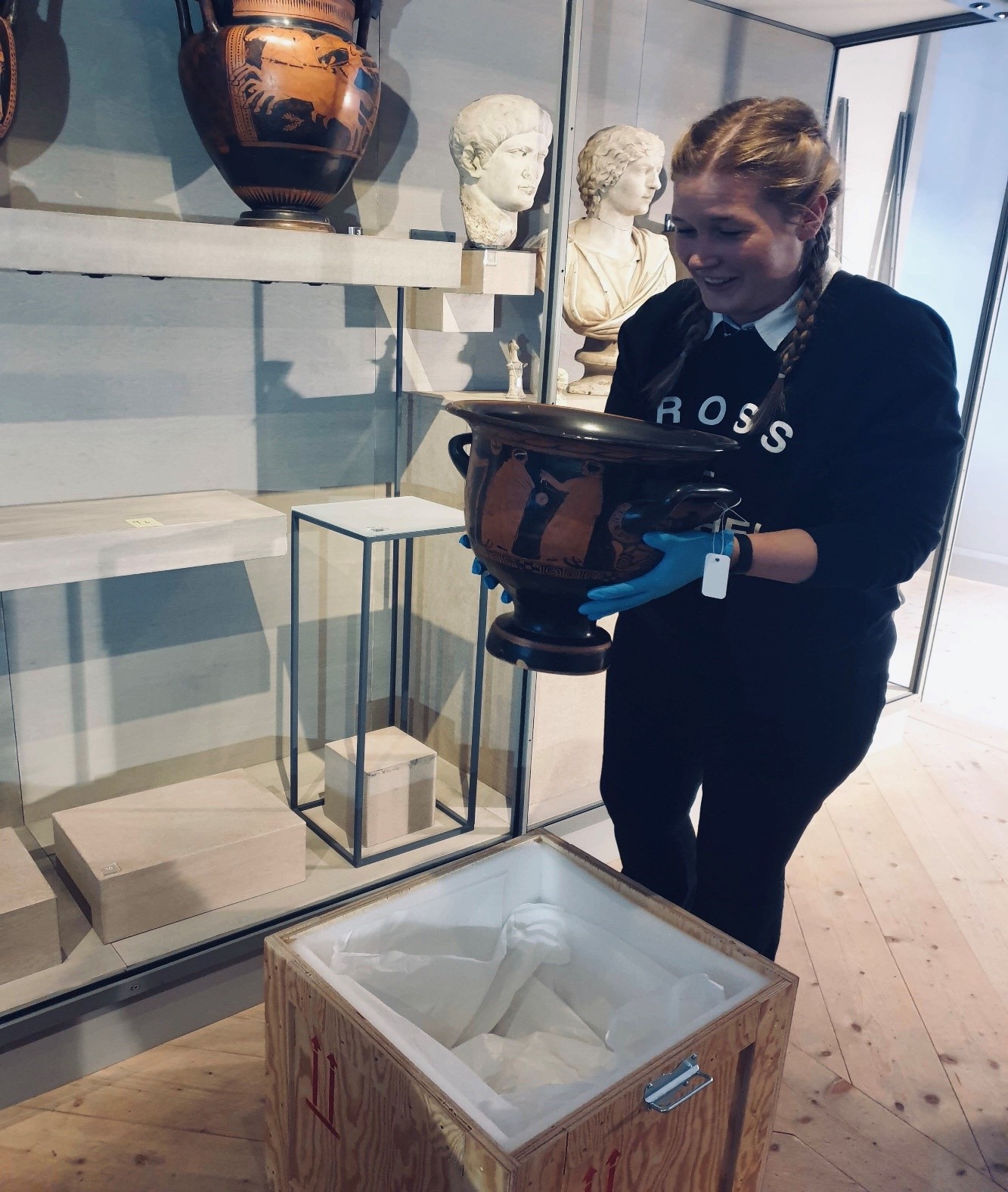