The Department of Information Technology and Update Computer Club

Update Computer Club has a comprehensive collection of computers and related equipment. A majority of the objects are from the 1970s and 1980s. The entire computers in the collection are mini-computers, ie computers that did not occupy an entire room. 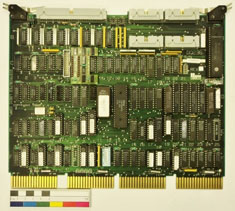 Most of the computers were manufactured by the US company Digital Equipment Corporation (DEC), whose products were widely used in research institutions in the 1980s. One of the collection's star attractions is Digital PDP 12, which was specially built to meet the needs of a laboratory environment. It was purchased by the Psychology Department in 1968. This model was made in 1925-1972 in 725 copies, and today there are only twenty known well-preserved copies.

The most space-consuming item is a DECSYSTEM-2060 from 1984. It was purchased for more than four million Swedish crowns by the then Computer Engineering Department and attracted people to the Computer Club because members received access to the computer. The system consists of 15 interconnected sections that occupy an entire corridor wall.

In addition to complete computers, the collection includes are a variety of spare parts and computer accessories of all kinds, including a large number of printed circuit boards. Unlike today's computers where the processor consists of a single chip, the processor in a mini-computer is constructed of modules that can be easily replaced or repaired all the way down to component level. Therefore, the computer came with a diagnostic program, as well as detailed drawings and flowcharts for troubleshooting. Many DEC computers in the collection can therefore be repaired.

Update was founded in 1983, and soon acquired the Club's first computer, a PDP-8 / i. The purpose of the Club is to promote interest in, and broaden knowledge about, computer science in students and employees who are interested in computers at Uppsala University and the Swedish University of Agricultural Sciences. In matters where the association is considering acquiring, or alternatively disposing of, objects, members give their opinion about the object's interest value. Whether the machine is functional is an important factor. Most of the objects come from the University's institutions. The importance of computers for early digital science can hardly be overestimated, and although the collection is not formally part of the University, it is of great value and should be protected. 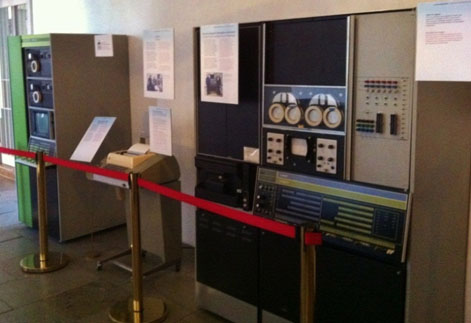