The collection of the Department of Cultural Anthropology and Ethnology consists mostly of African objects. These have been donated to the Department by professors, researchers and doctoral students who acquired them during field work. 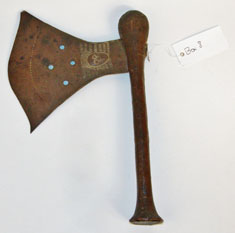 Most of the collection comes from Sture Lagercrantz. He was the first holder of the Professorship in General and Comparative Ethnography, established in 1962. During Lagercrantz's time from 1962 to 1976, research focused on customs and there was an interest in the material expressions of different cultures.

A large proportion of the items collected by Lagercrantz are African rat traps. There is a range of traps, including different types of cages and boxes. In addition to the rat traps, the collection largely consists of everyday items such as braided baskets and bowls. There is also a wooden mortar, a low chair that is designed so that it can be carried when the owner moves, as well as two goat bells made from some kind of nut.

Among the less practical objects there are a number of Congolese objects that are probably ceremonial, including a hunting amulet, a bronze axe and a gourd. The hunting amulet from the Belgian Congo was probably collected between the 1850s and 1930s by a Swedish missionary. It is unknown what the objects have for function, but sacred power objects from the Congo often use a variety of natural substances that give different characteristics to the user. The bronze axe is probably ceremonial since it seems too clumsy for practical use, and when the edge does not show any signs of sharpening. It could also be a souvenir for Europeans who travelled to the Congo during the second half of the 19th century. The collection also contains a number of musical instruments and a horse saddle of bone and leather from Mexico.

The current status of the collection

In recent years no new acquisitions have been made to the collection. This is because physical objects are usually no longer the focus of research. Another factor may be that there is no incentive to gather new material when potential collectors notice that the existing collection is perceived as a problem. However, the collection is a unique part of the diversity of the University and is therefore important to preserve. 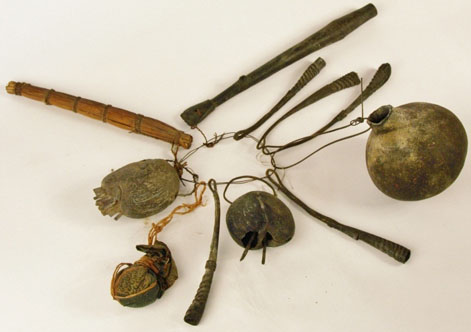